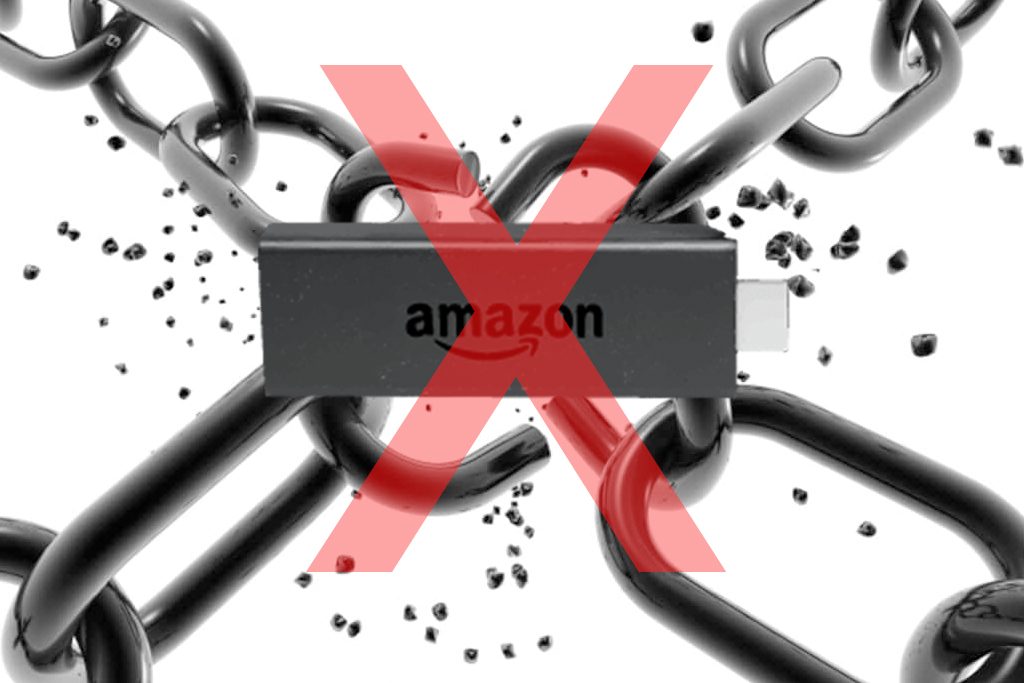 You love Kodi, right? We all do. Kodi is not just one of the best but is actually the very best Media Center ever created. It is packed with tons of features. Because of Kodi’s add-ons system, you’re able to find a plugin for practically anything you can think of. Want to watch movies from your own collection? That’s built into Kodi. Want to stream Netflix on Kodi? Believe it or not, there’s even an addon to watch Netflix. But when it comes to which device to buy for Kodi, there’s plenty of options, but some devices were not intended for Kodi and actually prevent you from installing it without putting yourself at risk. The best example of a device that wasn’t made for Kodi is the Firestick by Amazon.

What does Jailbreaking actually do?

Jailbreaking is a procedure that bypasses the Firestick’s intended functions and security protections to allow you to modify parts of the Firestick’s system that you weren’t intended to. Because jailbreaking your device makes it insecure, you’re able to install anything you desire on it and modify anything without any restrictions. This is how apps like Kodi can be installed. While this procedure may seem harmless at first, there’s a lot of problems that come along with it.

Is Jailbreaking my Firestick for Kodi safe?

When you jailbreak your Firestick you make your device 100% insecure. Any apps that you install on the device will have full access to any other app and information stored on the device which means they can access a lot of personal data including saved passwords or any other data that is saved on your device. Since the Firestick stores a lot of personal information even before you ever use it, such as your Amazon’s account details, this poses a very serious problem. A hacker can use the jailbreak back doors to obtain personal information about you such as credit card numbers and passwords to services that you use on the Firestick. Sure, you can get Kodi to run on your Firestick, but keep in mind that jailbreaking it is opening your device up for malware or possibly even identity theft.

Is Jailbreaking my Firestick illegal?

It depends on what method of jailbreaking you do. Amazon typically has full control over your Firestick through their OTA (Over the Air) updates. Unless you somehow disable Amazon’s ability to update the Firestick, any updates that Amazon pushes to your Firestick may end up removing the Jailbreak and rendering it ineffective. Since it’s already been shown that Jailbreaking a device makes it insecure and opens your personal information up to hackers, the best thing that could actually happen is Amazon’s update fixing the jailbreak security holes.

Will Amazon know if I jailbreak my device?

It is very likely that Amazon has the ability to monitor what apps have been installed on your Firestick. Their user agreement is vague and leaves this up for interpretation. It certainly seems within their rights to monitor any activity that happens on the device. With that being said, it’s quite possible that Amazon can determine which Firestick devices have been Jailbroken and are running Kodi. If you’re using Kodi to stream anything that may be potentially illegal, it’s also possible that Amazon can find out. If Amazon gets a subpoena demanding information about users that have bypassed Amazon’s security using a jailbreak, do you think you’re safe? Especially if you purchased the Firestick with your own account.

Ok, I definitely don’t want to jailbreak a Firestick to run Kodi. What should I do?

Glad to hear that you came to your senses. Obviously a device like the Firestick is not the best choice for running an app such as Kodi. Nobody wants to open up their personal information to hackers, after all. Thankfully there are devices that were actually intended to run Kodi and dont require to be jailbroken. Matricom has produced the G-Box, an Android TV Box device since 2011. The original G-Box was designed to run XBMC, which is the old name for Kodi. This made the G-Box extremely popular and because of that, it went viral. Matricom has continued to produce new versions of the G-Box all the way up to today. The G-Box does not require to be Jailbroken and doesn’t restrict you from running Kodi since it was designed specifically for it.

Is there a device cheaper than Firestick made for Kodi?

Glad you asked. Matricom has just released a Kodi stick called the OmniStick. This device does not have Android such as the G-Box does. Instead, the OnniStick runs only Kodi and runs is extremely fast. Not only is the OmniStick easier to get into and use Kodi, but it also boots into Kodi in about half the time the Firestick does. This is because the Firestick is loaded with a ton of bloated software installed by Amazon. The OmniStick doesn’t have any bloated software installed so it runs Kodi extremely fast. Since there’s no Android OS in the way, it also means there’s a LOT more free space on the device to install more of your favorite Kodi addons without running out of space. There’s also plenty of other kodi boxes if you’re interested in an Android solution.

Kodi is more popular than ever. Did you know that there are millions of TV boxes in the