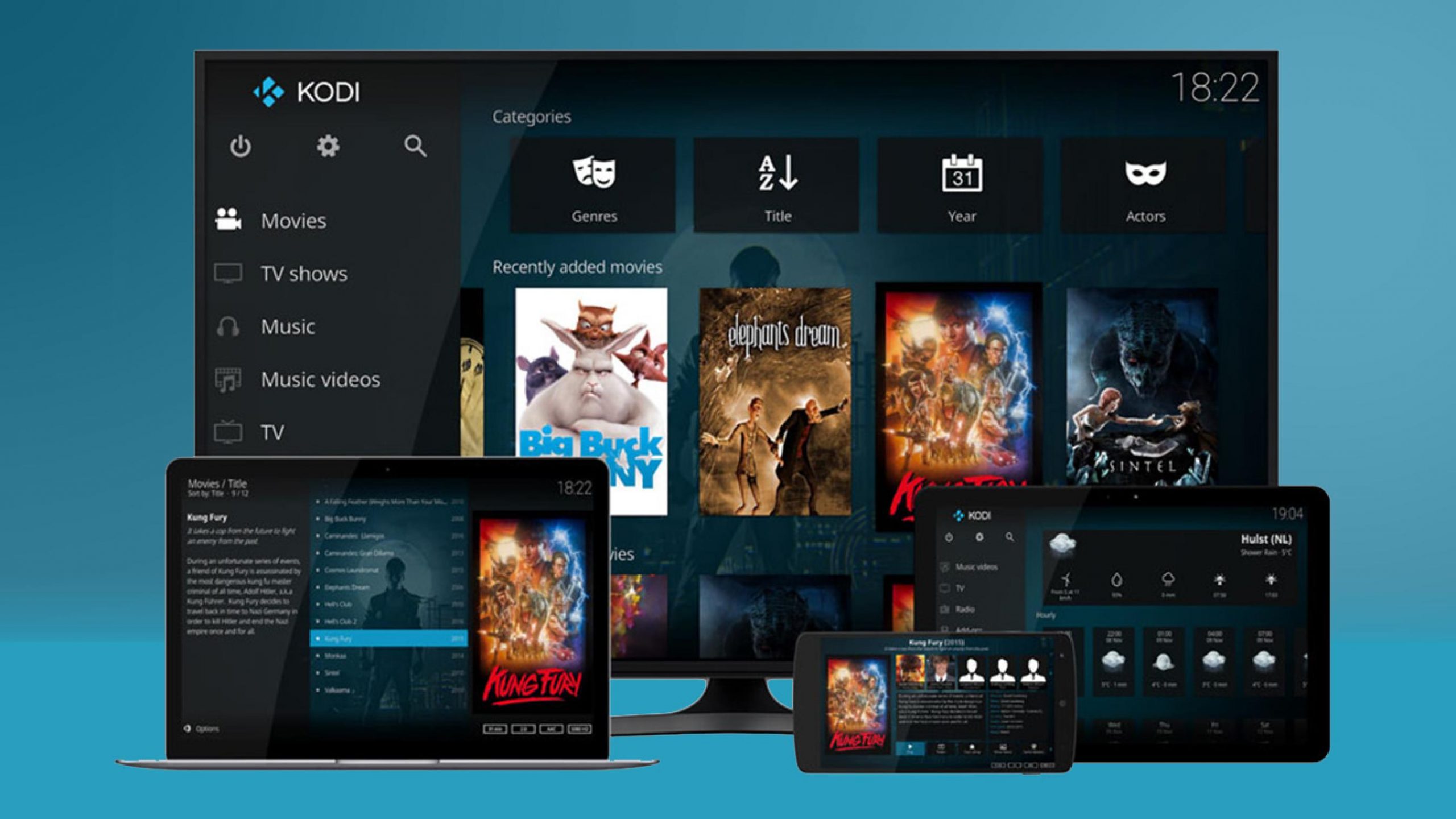 Everything your need to know about the incredible Kodi Entertainment Center. We explore every aspect of Kodi, including what it is, its legal status, how to install it, how to install Kodi addons and so much more.

✔ Kodi is the world’s most popular free & open-source media center software. Kodi is designed by a group of incredibly talented developers that had the common goal of creating an extremely powerful and open-source media player that is compatible with many different operating systems.

✔ Kodi (formely known as XBMC) started back in 2002 when it was originally designed as an XBOX media player, but much has changed over the years as the software evolved.

What can Kodi do?

According to Wikipedia: Kodi supports many common audio, video, and image formats, playlists, audio visualizations, slideshows, weather forecasts reporting, and third-party plugins. It is network-capable (internet and home network shares). Unlike other media center applications such as Windows Media Center, MediaPortal and MythTV, Kodi does not include its own internal digital TV-tuner code for Live TV or DVR/PVR recording functionality, as instead it acts as a unified DVR/PVR front-end with an EPG TV-Guide GUI interface which, via a common API, abstracts and supports multiple back-ends via PVR client add-ons from third parties, with those running either locally on the same machine or over the network.

How did Kodi get so popular?

Matricom showed interest in XBMC in 2010 and started to develop a TV box which was known as the G-Box Midnight. This box went virual when it was released in 2011 due to its capability of streaming and support for the already popular XBMC. Fueled by the popularity of one another, both the G-Box and XBMC/Kodi went straight into the limelight and garnered huge exposure.

Matricom had sold over 2 million G-Boxes within the first two years, a device that was focused around this media center. Matricom continued to design their firmware and product around the Kodi media player.

Matricom has produced many different variations such as the G-Box MX2 and then the G-Box Q, which we are now on the 3rd iteration of today. The continued success of Matricom continued to spark interest in Kodi and that interest didn’t die off. There are now several millions of people that are using Kodi on G-Box devices alone and most certainly there are multitudes of people using the software on other devices, such as the Amazon Firestick or other generic Chinese TV boxes.

Are there any devices made specifically for Kodi?

Since Kodi can be run on so many different platforms, it begs the question – is there a device made specifically for Kodi? Sure, there’s plenty of “Android TV Boxes” out there that CAN run Kodi – but how about a lean, affordable device made specifically for Kodi? Introducing the OmniStick S8X, a tiny, affordable, powerful Kodi solution based on LibreElec. The device boots into under 10 seconds straight into Kodi. Attach a Flymouse, connect to WiFi, install your favorite addons and you’re good to go.

What kind of Addons does Kodi support?

Addons are the backbone of Kodi and are what drove the software into being a popular choice for Matricom in the first place. There are thousands of addons that have been designed for Kodi over the years from 3rd party developers all over the world. Unfortunately, there have been many illegal addons that have been discovered and have somewhat tarnished the media player’s name, however, Kodi’s team has done an incredible job of cleaning up that mess and has slowly brought back the reputation for Kodi.

How do you install Kodi Addons from the Official Kodi Repository?

Kodi’s official repository is full of great Addons with the added benefit that they’re all sanitized and guaranteed to be legal. By default, Kodi comes with the official repository installed, so it’s very easy to get up and running with any of the official Addons that are supported. We have created a tutorial guide for installing many of the addons: How to install Kodi Addons Easily.

This is probably one of the most common questions we’re asked on a daily basis. Certainly if Kodi were illegal, we would not be producing products that support it. Furthermore, if Kodi were illegal, it would be evident since Matricom would have been shut down many years ago. Keep in mind that Matricom has been producing Kodi boxes since 2010 which is now over a decade ago. To answer this question bluntly: No, Kodi is not illegal. However, it is important to note that Kodi, like many things in the world, can be used for legal AND illegal purposes. It is up to the user to decide what they will do with it.

What are some of the best legal Addons for Kodi?

Kodi is well-known for having the most options when it comes to streaming sources. These sources are available through Kodi Addons. With these Addons, you can extend the functionality of Kodi to stream virtually anything. If you’re looking for the best Addons available for Kodi, check out our regularly updated guide on legal Kodi addons.

Do I need a VPN to run Kodi?

There is a lot of misinformation about Kodi requiring a VPN. There’s a lot of Kodi resources websites that are promoting the need for a VPN so it can be overwhelming at the least. If a website tells you that you need a VPN, be forewarned: That website is likely promoting illegal usage of Kodi. Use your best judgement in these situations, not only because you’ll be violating copyright laws, but because illegal Kodi Addons have been known to be embedded with viruses and malware intended to steal your information, utilize your device for their botnet, remote access and possibly worse. Consider yourself warned and know that a VPN is only necessary if you are using Kodi for illegitimate purposes. Therefore, VPNs are NOT required to use Kodi. As long as you are not streaming illegal content, you have nothing to fear. A default installation of Kodi does not include any illegal content or Addons. If you purchased a “fully loaded” Kodi device, then that device is likely to contain illegal Addons. We HIGHLY RECOMMEND not purchasing such devices as there are more and more cases where the law is being enforced on illegal streaming, which can tangle you into a mess that you may not have intended to get into in the first place.

All of Matricom’s products were designed to run Kodi. Therefore, every one of Matricom’s boxes are 100% compatible with Kodi. Here’s a few of the boxes that you can buy today that are capable of running the latest versions of Kodi:

Here’s some of our favorite Kodi videos.

Where can I find more information?

There is no better source of information than Kodi’s official website. Here you’ll be able to catch up with the latest news regarding Kodi and its releases. Kodi also has a great community forum where you can suggest features, report bugs and get general assistance.