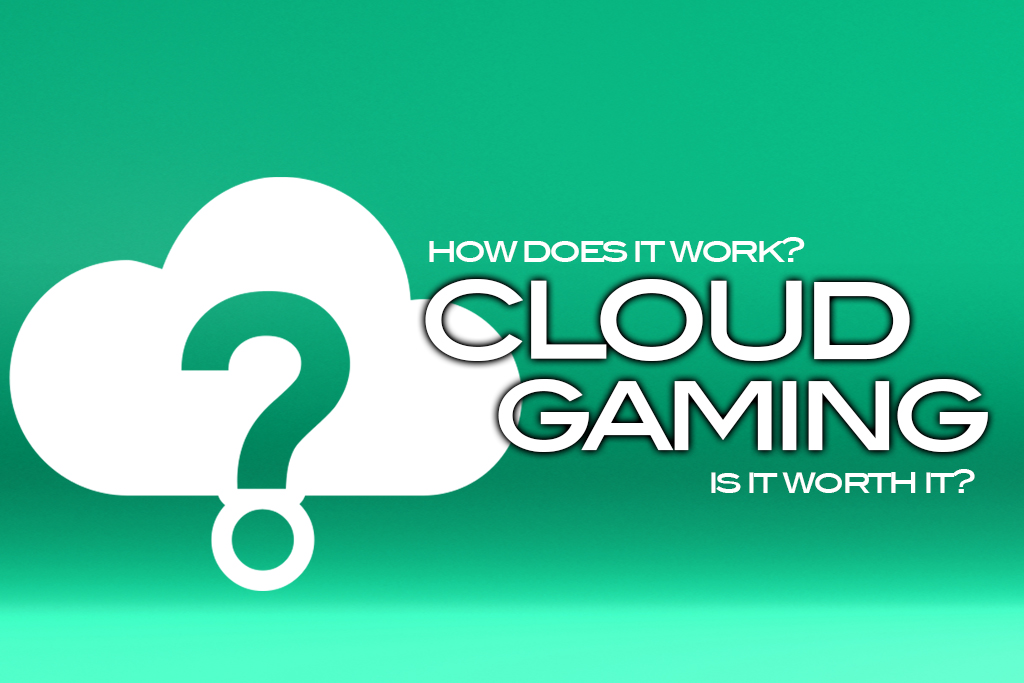 Once upon a time, not too long ago, my PC was screaming with dual video cards, with a CPU cooler bigger than my car’s radiator pumping sub-freezing liquid nitrogen through its veins to prevent it from certain meltdown. These days of overclocking madness and living on the edge of high-throttle gaming were exciting. You always had something to look forward to. You never even dreamed of such things as Cloud Gaming. Back then, the thought of streaming anything over a wire could be comparable to today’s contrast of buying the latest Corvette or driving around in a Prius.

I can’t even recall how much money I spent on my gaming rig back then. Certainly, it’s in the thousands of dollars for each upgrade – which was usually the latest video card from Nvidia or AMD. In my mind, those were dollars well spent. It was always “cool” to have the toughest machine when going to a gaming party. Looks of awe from your friends when you excitedly show them your badass new capabilities. It was as if you’ve discovered time travel. Your friends seemed to think so too.

It’s been years since I’ve cared about upgrading my gaming machine. The power of today’s hardware leaves little room for excitement anymore, once you reach over 100 frames per second and startling 6K graphics. It’s become irrelevant how fast your video cards and machine are anymore. Cloud Gaming was the natural next-step from here.

So how does cloud gaming work? The concept is rather simple. It’s nothing more than a PC attached to the internet, much like the webserver you’re reading this post on, but with beefier hardware and the proper software. This PC is fed the game data, executes the game with its decent hardware specs, compresses the video and audio tracks and, with a slight latency (the time it takes for the data to reach your location) it’s shot over the internet to your device. You react through your game controller, which is sent from your device back to the server on the other side of the pipe. This all happens behind the scenes and can seem pretty miraculous on low-powered devices, such as the G-Box. Thanks to today’s easily accessible high-speed internet, it has become more efficient to tunnel the high-definition video data through the internet than to build up a powerhouse of a PC. Or has it?

We can break efficiency down into a few parts here. First, the server that you’re playing on still has to render the grunt of the work: the graphics. So there’s not much in the sense of energy savings here. But now there’s an added element: an EXTREME amount of data necessary to transfer over the internet. When I say extreme, I mean somewhere in the ballpark of 20-30MBPS of data (that’s a lot) continuously. This is all fine and dandy if you don’t plan on playing all the time since most internet providers have a data cap written somewhere in their contract (Typically around 1 terabyte of data per month). To put this into context, a 5MBPS connection is capable of over 1.5 terabytes of data per month if used constantly. Imagine how quickly you’ll eat through your data at upwards of 30MBPS. It doesn’t take long to see an issue here. Now, this only applies to people who have data caps.  If you’re one of the lucky ones that have unmetered internet, then cloud gaming may make a lot of sense. [Wikipedia]

Overall, is it worth it? We think so. For every hardcore, knuckle-clenching gamer out there, there are even more people that want to play these game titles more casually. For these people, it doesn’t make sense to build a special PC. It doesn’t make sense to even buy a PC at all when a streaming box can do the trick. It’s these people that are totally satisfied with underwhelming graphics and a slight delay in their gaming response. Cloud gaming is essentially gaming for the typical Joe. Which, nowadays, are far more than hardcore gamers.

How about cloud gaming devices? Believe it or not, even your smartphone is capable of cloud gaming. However, it’s unlikely that you’ll enjoy that much. We recommend the G-Box Q3 as our favorite gaming device for the cloud. There’s far more than enough gaming power in that little box that costs under $100. Not only is it capable of incredible gaming, but then you also have the perfect device for your media center via Kodi. That’s a real bargain if you ask me.